The History Behind St. Patrick's Day According to History.com:

Saint Patrick lived during the fifth century. He is the patron saint and national apostle of Ireland. Born in Roman Britain, he was kidnapped and brought to Ireland as a slave at the age of 16. Though he eventually escaped, he returned to Ireland and is credited with bringing Christianity to it's people.

In the centuries following Patrick’s death (believed to have been on March 17, 461), his lore became an intrinsic part of Irish culture: Perhaps the most well known legend is that he explained the Holy Trinity (Father, Son and Holy Spirit) using the three leaves of a native Irish clover, the shamrock. Since the 9th or 10th century, people in Ireland have been observing the Roman Catholic feast day of St. Patrick on March 17.

The first parade held to honor St. Patrick’s Day took place not in Ireland but in the United States. On March 17, 1762, Irish soldiers serving in the English military marched through New York City. Over the next 35 years, Irish patriotism among American immigrants flourished, prompting the rise of so-called “Irish Aid” societies like the Friendly Sons of Saint Patrick and the Hibernian Society. Each group would hold annual parades featuring bagpipes (which actually first became popular in the Scottish and British armies) and drums.

In 1848, several New York Irish Aid societies decided to unite their parades to form one official New York City St. Patrick’s Day Parade. Today, that parade is the world ‘s oldest civilian parade and the largest in the United States, with over 150,000 participants. Each year, nearly 3 million people line the 1.5-mile parade route to watch the procession, which takes more than five hours. Boston, Chicago, Philadelphia and Savannah also celebrate the day with parades involving between 10,000 and 20,000 participants each.

As Irish immigrants spread out over the United States, other cities developed their own traditions. One of these is Chicago’s annual dyeing of the Chicago River green. The practice started in 1962, when city pollution-control workers used dyes to trace illegal sewage discharges and realized that the green dye might provide a unique way to celebrate the holiday. That year, they released 100 pounds of green vegetable dye into the river–enough to keep it green for a week. Today, in order to minimize environmental damage, only 40 pounds of dye are used, and the river turns green for only several hours.

So you don't want to go out for a Guinness or a shot of Jame-o? No Problem! We have a refreshing spring cocktail for you! 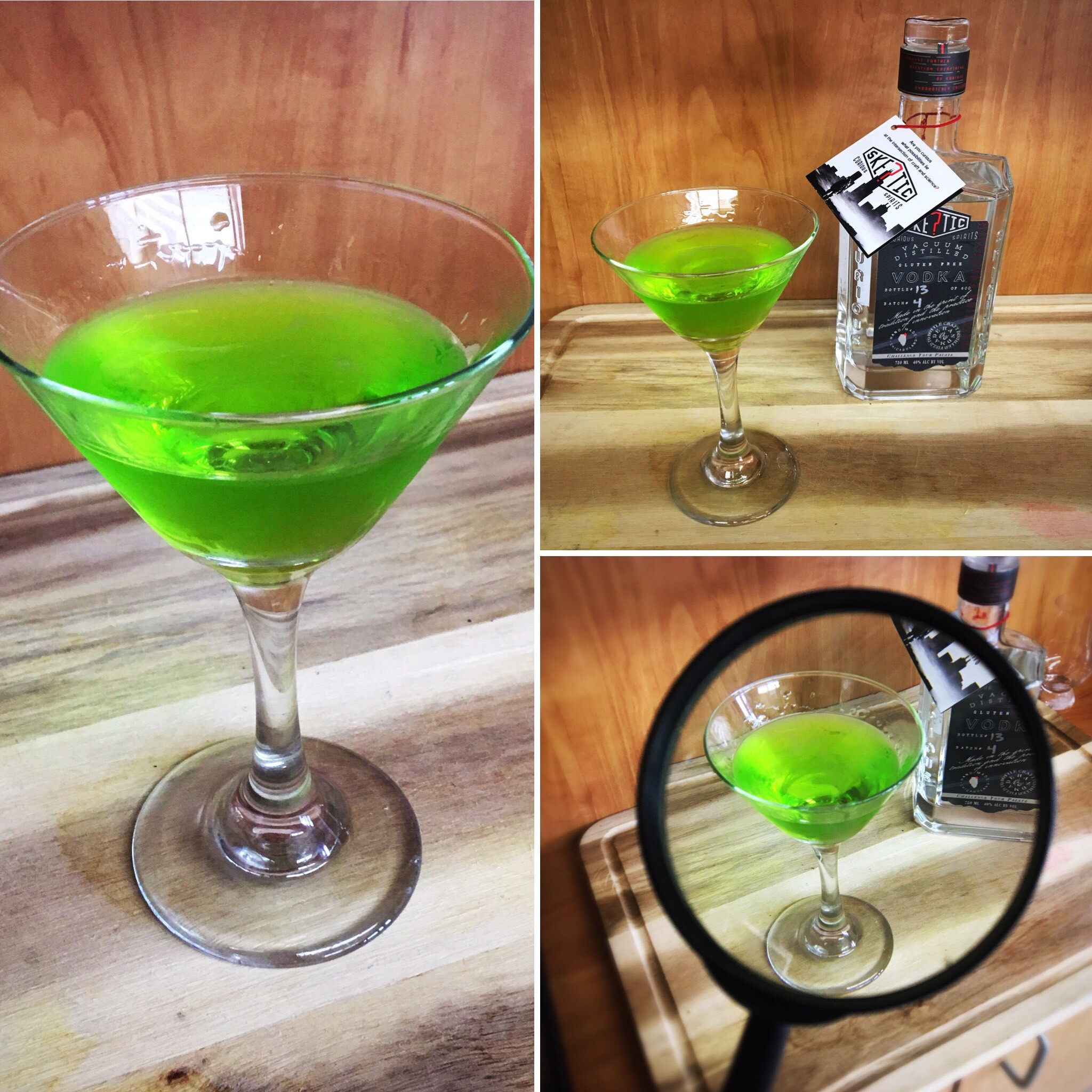 Heavy beer and whiskey isn't for everyone....so, behold! The Melon Martini! Tastes like Spring and looks festive at any St Patrick's party!

In a cocktail shaker, combine Ice and the following:

Shake well and strain into a martini glass.

For a lighter twist, strain into a rocks glass and top with club soda!